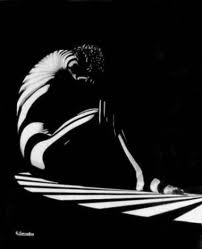 On the 10th of November 1994, during one of Vincenzo Muccioli’s hearings for the murder of Roberto Maranzano, explodes the case of Fioralba Petrucci, fallen off a window the 24th of June 1992 in Civitella di Pescara, a rehab community branch of San Patrignano.

The woman had gone home to visit her small daughter. She got word out that she wasn’t coming back. Muccioli, who was in Civitella, sent a car with some of his cohorts to apprehend her. And so it was. Some say the girl arrived with bruises on her. They locked her in a room. Shortly after she flew off the window.
So the enquiry is opened again after the tale of Roberto Assirelli, who was Muccioli’s right-hand man and now is his greatest accuser. It’s a bomb that explodes just when Rimini’s tribunal is deciding whether to continue or to postpone Muccioli’s trial for the death of Roberto Maranzano, beaten to death in San Patrignano the 4th of May 1989.

It’s the third suicide, after Gabriele Di Paola’s and Natalia Berla’s, both happened in March 1989, two months before Roberto’s murder.
“I always had doubts”, says Fioralba’s brother. “I don’t wanna accuse anybody, but I excluded it was suicide from the beginning”.